Driven by the desire to produce architecture of high quality and craftsmanship, the studio’s goal is to start every project from a blank page, i.e. without preconception of form or style. The studio’s credo is that each project should respond to the specificities of the context it stems from and that, driven by the symbolic and historical manifestations which are present in the place and the particularities of the given program, the resulting building will be an event that moves the city and its inhabitants into a novel experience of space. Effectively, this collaborative and responsive approach has allowed BLANKPAGE a creative flexibility adapting to various scale, budget and time constraints while ensuring the production of bespoke relevant design solutions.

Established by Walid Ghantous, Patrick Mezher and Karim Nader (left in June 2016) BLANKPAGE is a collaborative design studio of architects, urban designers and engineers founded in the year 2008. The growing portfolio of projects tackles a variety of programs in the contexts of Lebanon and the MENA. BLANKPAGE’s experience ranges from public buildings (school, museum, night clubs) to residential and commercial developments (private villas, resorts ,hotel developments). Completed in June 2011, Pier 7 has been featured in several local and international publications. Lately, Amchit Residence in addition to widespread publication has been nominated for the Archmarathon award along with Saint Charbel Church in Zakrit. The completed works also feature a 3,500sqm retail space in Sin el Fil , an office tower in Chiah and the headquarters of Banque du Liban's Capital Market Authority in Hamra. In 2011, BLANKPAGE was declared winner of two competitions, SEF 355 office complex in Sin el Fil commissioned by Express International, as well as TRIADE, a multi-use project commissioned by MEDPROPERTIES and M-Tower S.A.L. In 2012, BLANKPAGE was declared the laureate of the Kfardebiane country club competition amongst a panel of twelve competing firms and more recently has won the commission for a 20,000sqm eco-resort in Bamako, Mali organized by Omnium Capital. The El Khalil Beach House, delivered in spring 2016, is a major work on a 2,000sqm 11 bedroom seaside mansion, designed as a full commission from the architectural scale to interior design and landscape.

Walid Ghantous was born in Beirut in 1973. He has graduated as an architect with distinction from the Université Saint-Esprit Kaslik, Lebanon. He has built his experience through work with Architect Raoul Verney on private houses and Architect Khalil Khoury on residential projects and furniture design. He has collaborated as project manager with Bernard Khoury/DW5 on numerous projects of various scales. He currently teaches at the Université Saint-Esprit Kaslik while pursuing his practice.

Patrick Mezher was born in Beirut in 1976. He graduated from the American University of Beirut with a Bachelor of Architecture in 1999. After an early but eclectic freelance stretch , He has collaborated with Bernard Khoury/DW5 as project manager on numerous projects of varying scale in Lebanon and abroad. He briefly enrolled in the Masters in Urban Planning and Policy program at AUB. He currently pursues his career as a founding partner at BLANKPAGE.

Abir Abboud-Khouri was born in Beirut in 1977. She graduated as an architect with honors from the Lebanese American University / SCI-Arc. She built her experience as a product designer at PSLab, along with a production of diverse objects of various scales. She has collaborated as an architect with Bernard Khoury/DW5 on numerous projects and was an Assistant Professor at the American University Of Beirut. She currently pursues her career as an associate partner at BLANKPAGE. 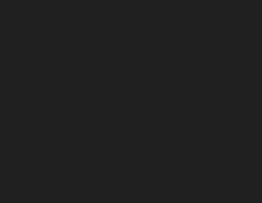